Hello, wonderlandians. Happy day! I don’t know when this is going up so I will just say happy day. I hope that all of you are having a great day. Today I have an audiobook review for you.

Okay so here we go. 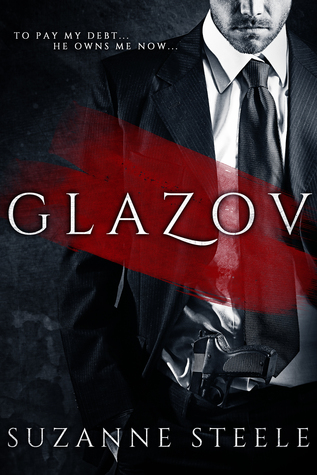 Glazov is a man who will stop at nothing to obtain the woman he has set his sights on. The biggest mistake of Kathleen’s life was drawing the attention of a Born Bratva Pakhan. He’s ruthless, deadly and he’s not about to take no for an answer.

Glazov has been immersed in criminal activity from the day he was born. He was bred for the sole purpose of carrying on his father’s reign of terror. He was born into the world of Bratva, and he would die in Bratva. It was his destiny.
He learned how to spot a fighter from a very early age and Kathleen had that fighting spirit inside of her. He wasn’t sure what her story was, but she piqued his curiosity. In his gut he also knew he had left his mark on her. She would never be the same, never recover from unwittingly drawing his attention.

This is dark romance and there are elements of blackmail and kidnapping within the story lines. Glazov and Novak are cousins, in their minds: They are born Bratva. And they will die Bratva.

This was an interesting book to listen to. Dirk Hooper was the narrator for this book. He did a great job narrating the novel. It’s told from a mainly two perspective but there is a third perspective sometimes. Dirk Hooper is such a joy to listen to. His pacing when he read is great I don’t find my mind wandering when he reads. He keeps the reader engaged the entire time. I will say I do wish there was a second female reader to read all of Kathleen’s parts.

The book itself was interesting as I have said. This is a dark romance. I like the fact there is a bit of a warning when it comes to the book giving some idea of the themes that are going to be in this book such as blackmail and kidnapping. The writing of the book was great. I would give it a sold three out of five stars. If you are not into the mafia books this one is not for you. When it came to the dark themes in this book i did not find them overwhelming. They were easy to listen to and absorb.

The production was top notch. The sounds was always consistent. There was never an awkward pause. The production team did a great job.

Would you read this book?

Thank you for joining me here in our little part of wonderland. Please don’t forget to feed the unicorns and your way out.