Hello, wonderlandians. All right so first I have got to do a disclaimer this book was sent to me for a review I am also part of the blog to her. I did do a cover reveal of this book.  As always the heels are my honest opinions and I am going to be a hundred and 20% honest with you as I am reading this book.

Thank you Xpresso Tours for sending me the book.

let’s get out of talking about the cover, shall we?

the guy on the cover makes my mouth drool. I’m not the only one because I have had a lot of people commenting on that cover reveal that the guy on this cover was hot hot hot hot. so overall I really do like this cover.

Now to start off this review I honestly do believe that this is the kind of book that should be reviewed as you’re reading the book. I got two chapters in before I came to this conclusion. And let me tell you why the first two chapters of this book I did find to be a little hard to wrap my head around. This book is number 5 in a series. Each one of the books though is a standalone and candy red out of order. I feel that that is very important information because a lot of the times when books are in the series but each book features a different main character and a completely different storyline there can be times where the storylines intertwine. I honestly don’t believe that that’s the case for these books. But again this is my first time reading this particular series. Now Let’s get back to the first two chapters the first two chapters takes place Over a six-month time period. The reason I found it super difficult to figure out what was going on was that the story just jumped right in and I think you for your kind of figuring it out as The Story Goes On.

The first few chapters have a different kind of dialogue to it and I didn’t quite understand until it was explained. They start using words like compound and Hunter and brother and sister and there is a religious aspect to his life. Then it’ll finally become clear this guy Callan was raised in a religious cult place. so you have like one guy and he is the prophet I guess but in the story, he’s not a prophet he’s just kind of like the leader of their compound. And there are very specific rules for men and women. One of the rules is that the leader of the compound can only procreate it seems like. So there is a compound seems to be a lot of incest going on. Case and point there is explanations within the second chapter. So it is explained that men take women when they reach the age of Womanhood and in this case that is when they get their period. So that in and of itself kind of freaks me out a little bit because okay this is going to be a little TMI But at the age of 11 is when I got my period so the fact that men were starting to have sex with young girls was a bit of a shock factor for me. So that is something to think about when going into this book. Once I hit the third chapter I was very able to immerse myself in the book and I really like the writing style of the author I think she is great. The fact that within the first two chapters she’s kind of touching on a subject that is very taboo in our society today and I don’t feel like she has done the topic wrong. It furthers your empathy for our main characters and that’s something that she does very well and that’s just Within These first two chapters. They hook you and they make you want to read more.

This whole is a crazy ride. I really didn’t know what to expect from the rest of this book. This is honestly a book but you cannot predict at all which personally I truly like in a book. If a book is way too predictable then I lose interest but at the same time, I’m like oh yeah I called that. I really don’t want to give anything away in this book because I know I say this in every review but like literally everything is a spoiler. So I’m going to give you a rundown of kind of what the book is about even though I did that in the first like two or three paragraphs. So the rest of the book is about him wanting to be with his step-sister. I overall I might have to give this book about a three and a half Stars. I would really like another story based on the ending of this book. To see how different both of them grew up that yet find so much understanding and each other and so much respect for how the other one was raised I do see the Love Story here. I honestly do think that I seek box that literally takes place in like a month and a half till like 3 months. Because that’s honestly what this book feels like it’s like they meet they fall in love everything happened. Personally, I love books like that I don’t know if you guys do but I would recommend this book.

Before you do get this book though I honestly do think that there should be a disclaimer going into this book here’s the reason why as I had previously stated there is a religious aspect and the fact that he grows up in a cult there is incest from the main leader of the cult. And then it deals with other topics such as rape, sex trafficking, and being drugged just to name a few. So if those are topics that are super sensitive to you and not something that you are mentally able to cope with them for that reason alone I really wouldn’t recommend this book to you. I would however if you can get past that aspect of the book it is a really good book and if there was another one with Other characters from the book I would totally pick up the next one. I honestly think that I am going to pick up the other four in the series just because I’m curious about if the storylines connect. And I really just want to read more from this author, in general, I think they write amazing and the story itself I write it in two days so it was a quick read to get through I think the book is only about 300 Pages or at least that’s what it was for my iPad Edition I believe it’s also 300 Pages for the Kindle edition so overall I really did enjoy the book Where couple of topics in this book that were  taboo and the fact that the author writes about these topics so respectfully and it’s not super dark to where I couldn’t and the size with the characters. If you guys remember I did do a review over a book called gun-shy where I really was intrigued by the book but at the same time I was very conflicted about what I was feeling about that book it really did a number on me and I actually do still think of that book today. This book is not as dark as that book honestly I wouldn’t say it’s a super dark side dark element to it but it works with the story and the characters are great and I just like to read more.

If you guys do pick up this book let me know what you guys thought of it.

Rest of the Tour Dates

Goodreads: https://www.goodreads.com/book/show/36406720-callan?ac=1&from_search=true
Purchase:
Amazon: https://www.amazon.com/Callan-Uncompromising-Book-Sybil-Bartel-ebook/dp/B079PRKQLG
B&N: https://www.barnesandnoble.com/w/callan-sybil-bartel/1127209950?ean=2940154932032
iBooks: https://itunes.apple.com/us/book/callan/id1294796545?mt=11
Kobo: https://www.kobo.com/ca/en/ebook/callan-2
AUTHOR BIO:
Sybil Bartel grew up in Northern California with her head in a book and her feet in the sand. She dreamt of becoming a painter but the heady scent of libraries with their shelves full of books drew her into the world of storytelling. She loves the New Adult genre, but any story about a love so desperately wrong and impossibly beautiful makes her swoon.
Sybil now resides in Southern Florida and while she doesn’t get to read as much as she likes, she still buries her toes in the sand. If she isn’t writing or fighting to contain the banana plantation in her backyard, you can find her spending time with her handsomely tattooed husband, her brilliantly practical son and a mischievous miniature boxer…
But Seriously?
Here are ten things you probably really want to know about Sybil.
She grew up a faculty brat. She can swear like a sailor. She loves men in uniform. She hates being told what to do. She can do your taxes (but don’t ask). The Bird Market in Hong Kong freaks her out. Her favorite word is desperate…or dirty, or both—she can’t decide. She has a thing for muscle cars. But never reply on her for driving directions, ever. And she has a new book boyfriend every week—don’t tell her husband.
To find out more about Sybil Bartel, be sure to follow her on Twitter (she loves to hear about your favorite book boyfriend!), visit her website, like her on Facebook or join her Facebook group Book Boyfriend Heroes for exclusive excerpts and giveaways.

Thank you all for joining me here and I will part of Wonderland. Please do not forget to feed the unicorns on your way out.

Hello, wonderlandians. I feel like I am back in full swing! Better than ever. My giveaway was a really good success. Let’s keep that train going with a free book. You like free I like free. Only crazy people don’t like free.

What are you all doing this weekend? I am going wedding dress shopping and then spending Sunday with my family. 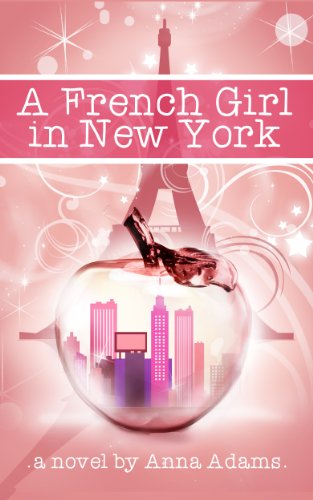 Maude Laurent is a spirited sixteen-year-old orphan who grew up in a small, provincial town in the north of France with a passion for piano and a beautiful voice.

One day in Paris, she is discovered by an American music producer who takes her to New York to live with him and his close-knit family while producing her first album, with help from teen pop star, Matt. Maude will dive into a new fascinating world discovering New York City, music, family, love and the truth about her past.

The French Girl series has sold 40,000 books! Join thousands of other readers who follow and love Maude Laurent’s adventures!