Hello, wonderlandians. How is your day going? I just want to start off and say I am sorry for the lack of posts this week. I have been a little off. I am working on getting back on track and I will have some awesome stuff this month. Today, I am going to be talking about the three I have had strong emotions over.

Billy has long dreamt of owning not one, but two, dogs. So when he’s finally able to save up enough money for two pups to call his own—Old Dan and Little Ann—he’s ecstatic. It doesn’t matter that times are tough; together they’ll roam the hills of the Ozarks.

Soon Billy and his hounds become the finest hunting team in the valley. Stories of their great achievements spread throughout the region, and the combination of Old Dan’s brawn, Little Ann’s brains, and Billy’s sheer will seems unbeatable. But tragedy awaits these determined hunters—now friends—and Billy learns that hope can grow out of despair, and that the seeds of the future can come from the scars of the past.

I remember reading this book back when I was in 8th grade so it has been 11 years since i have rad this book. I loved this book. I listened to audiobook when I was school. The way that Billy has to save and work for the dogs that he has wanted for a long time really teaches kids a good lesson. You have to work for what you want in life. Plus having those dogs really helped him learn some responsibility. Defiantly would recommend to all kids. 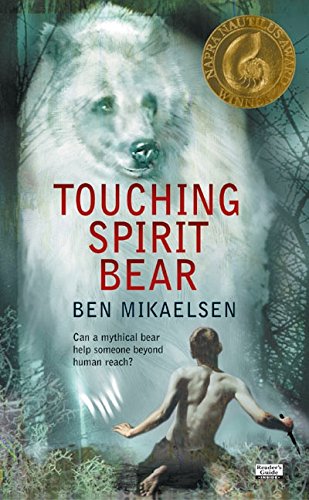 After severely injuring Peter Driscal in an empty parking lot, mischief-maker Cole Matthews is in major trouble. But instead of jail time, Cole is given another option: attend Circle Justice, an alternative program that sends juvenile offenders to a remote Alaskan Island to focus on changing their ways. Desperate to avoid prison, Cole fakes humility and agrees to go.

While there, Cole is mauled by a mysterious white bear and left for dead. Thoughts of his abusive parents, helpless Peter, and his own anger cause him to examine his actions and seek redemption—from the spirit bear that attacked him, from his victims, and from himself.

I really don’t remember this book being as dark as the synopsis says it to be. I do remember the boy getting mauled by the bear. If I am not mistaken there is a little bit of the Greek mythology Sisyphus. He was the guy punished to roll the boulder a hill for he rest of his life only to roll back down once he got it to the top. I don’t know why this stood out to me. I was in the 8th grade when we read this book. I remember having a strong feeling towards this book.

In a future where the Population Police enforce the law limiting a family to only two children, Luke, an illegal third child, has lived all his twelve years in isolation and fear on his family’s farm in this start to the Shadow Children series from Margaret Peterson Haddix.

Luke is one of the shadow children, a third child forbidden by the Population Police. He’s lived his entire life in hiding, and now, with a new housing development replacing the woods next to his family’s farm, he is no longer even allowed to go outside.

Then, one day Luke sees a girl’s face in the window of a house where he knows two other children already live. Finally, he’s met a shadow child like himself. Jen is willing to risk everything to come out of the shadows — does Luke dare to become involved in her dangerous plan? Can he afford not to?

This book took me into the world. I was the girl next store. I was the mother trying to keep my boy safe. I was in every part of this book. It consumed me. That is the best way I can described it.

What are some book that you have had strong emotions for? Have you read any of these? If so, which one was your favorite?