Hello, wonderlandians. We have another cover reveal. Thank you to Xpresso Tours for letting me apart of this. 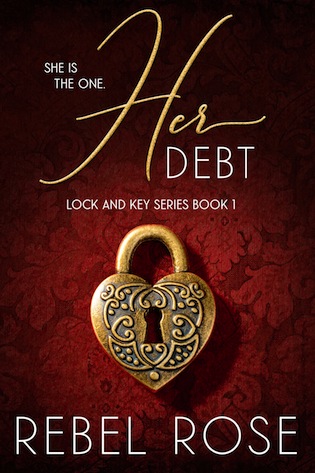 My entire world changed the second that I saw her in my casino.

She’s a professional gambler. And a cheat. A damn good one… but not good enough. And now she owes a debt to me. A debt that only her body can repay.

I’m restless with lust and need and desire for this thing of beauty not in my possession. My mind and cock are obsessed with her.

When I spank her for the first time, I know that I’m right.

She is the one. 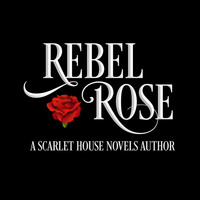 Rebel Rose is a decadently dark romance author living in the beautiful city of New Orleans. She prefers anti-heroes over Prince Charmings and often uses her own sexual experiences in her novels. She can typically be found somewhere in the French Quarter enjoying a cup of coffee while people watching. 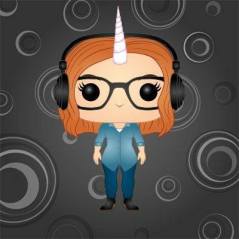 Hello, wonderlandians. What day is it? It Friday!

I am so excited for this weekend. I plan on reading for all of it. I might make a read-a-thon out of this weekend. I know that I can probably get two books out of the way to night. I have about one hour left in one of my audiobooks and then two and half hours hours left in the other. So I will be happy when I can add that to my list for the month. How is your reading going this month? How many books of you read so far? Are you ready to add one more book to you ever growing TBR? Well here you go. 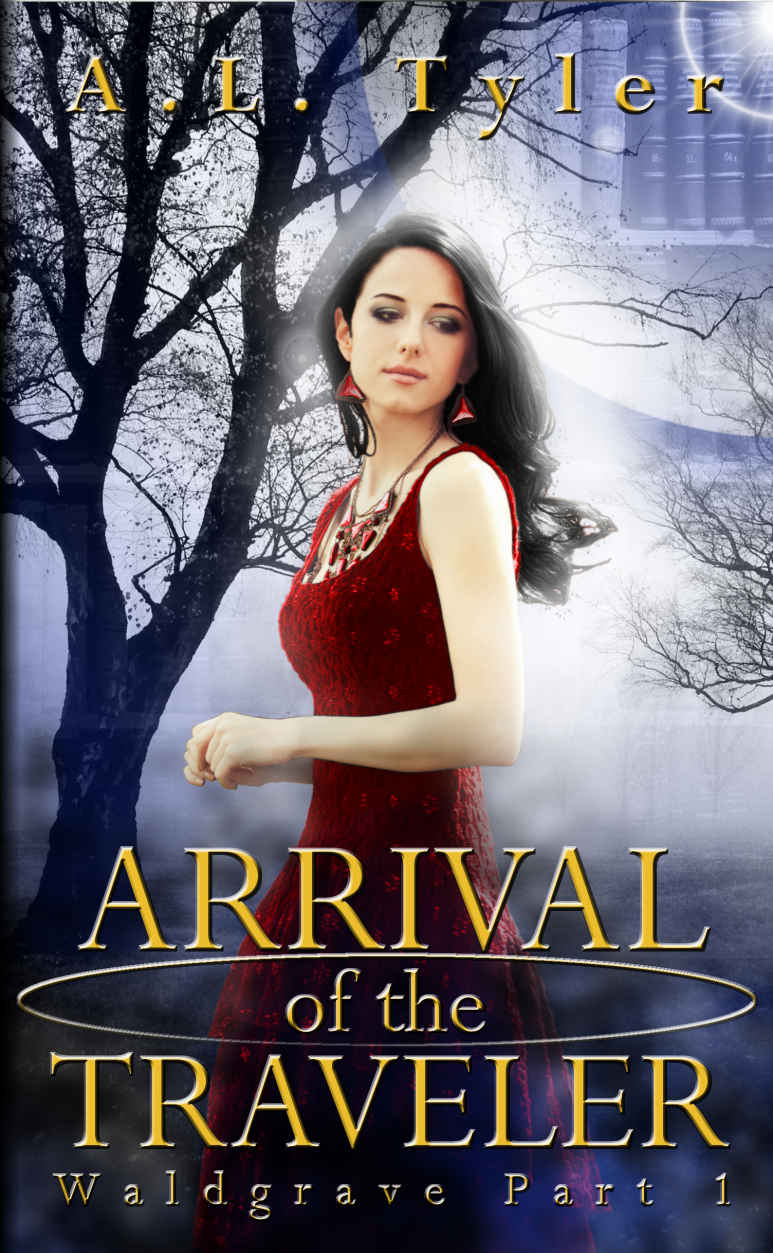 Portraits have been removed from the walls, and areas of the house are off limits. Some rooms even seem to have been walled off completely. No one will talk to her.

It’s been a difficult year for Abilene Collins. Since her father’s death, her whirlwind life of adventure and travel has come to an end.

Now, she’s living with her mysterious uncle. He’s a man with secrets, living almost alone in a ridiculously large mansion that he doesn’t own. He doesn’t like questions, and when Lena starts asking about his job, it isn’t hard to tell that he’s keeping some family secrets from her.

The young and ambitious groundskeeper has become her only friend, and one day he tells her that she was stolen from her mother years before. Lena’s family are all telepathic, and that isn’t all…they’re a religious pillar of the Silenti society. Her grandfather has used his standing to gain political power, decimating his rivals along with anyone who gets in his way.

Suddenly thrust into a life of political plots and religious fanatics, Lena finds herself struggling to navigate her own life. Some people aren’t fond of the Darays, and the family has nearly died out through assassination.

It appears Lena is the latest target.

Amazon – Arrival of the Traveler

I completely FORGOT that I owned this book. I “bought” it two years ago. I have so many free book that I forget which books I have. Well, this one is going right back to the top of my TBR list. It sounds so good. I really need to stop buying books and just go through all of the free ones that I own. Plus, look at that cover. The cover artist has done such an amazing job of making this cover look magical.

What do you all think? Will you be adding this to your TBR? Let me know.

Hello, wonderlandians. We have another cover reveal. Thank you to Xpresso Tours for letting me be apart of this. 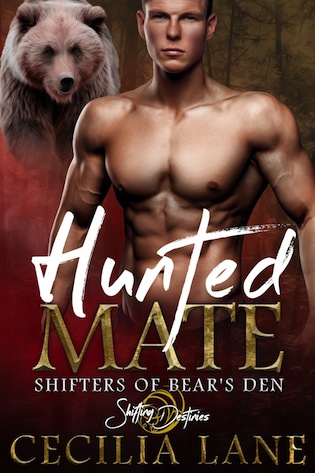 A wounded fox shifter hiding from her past.

No one could call fox shifter Becca Holden fragile. She’s been to hell and back and got the t-shirt, thank you very much. Years ago, she found herself pregnant with her mate’s baby. When she miscarried, Nolan turned away, leaving her to grieve on her own. She left Bearden, vowing never to return.

She’s been alone ever since.

Drifting from job to job, her life takes on a new level of misery and danger when she falls prey to hunters. Men who want to use her for their depraved version of fox-hunting. Becca manages to survive. Barely. She escapes her nightmare, but with nowhere left to go, she’s forced to return to Bearden.

A second chance with the mate he lost.

If Nolan Byers could have one do-over, it would be Becca. He and Becca were too young when she got pregnant, and when she lost the baby, they drifted apart. Becca left town, taking Nolan’s heart with her.

Time hasn’t healed this wound. If anything, the pain is worse. Nine long and lonely years pass until, one day, she returns to Bearden. Becca… his Becca. She’s as beautiful as ever. The moment he sees her, he knows why he never wanted another woman. Because of Becca.

His one. His only. His mate for life.

Now he just needs to convince Becca to forgive him. But the feisty fox shifter wants nothing to do with him. He sees her around town and she either shuts him down, brushes him off, or flat-out ignores him.

Her sass infuriates Nolan’s bear. His self-control unravels a little more each time he sees his beautiful, aggravating and smart-mouthed little mate. When a fire burns through Becca’s home, a fire that starts under suspicious circumstances, Nolan makes his move.

Becca’s in danger and his possessive and angry bear will no longer be denied.

Step into the world of Shifting Destinies, where the men and women you meet might just be a little more than human. Their towns are protected by magic, and their hearts are open and ready for love. But watch your step – more than darkness lurks in the shadows.

Cecilia Lane grew up in a what most call paradise, but she insists is humid hell. She escaped the heat with weekly journeys to the library, where she learned the basics of slaying dragons, magical abilities, and grand adventures.

When it became apparent she wouldn’t be able to travel the high seas with princes or party with rock star vampires, Cecilia hunkered down to create her own worlds filled with sexy people in complicated situations. She now writes with the support of her own sexy man and many interruptions from her goofy dog.

Thank you for joining me here in our little part of wonderland. Don’t forget to feed the on your way out.

Hello, wonderlandians! Happy Thursday. Today we are doing my kind of post other than a book review. Which by the way I have like coming your way. I just have to get them finished. We are going to be doing is series I want on a dessert island with me but we can only choose three. 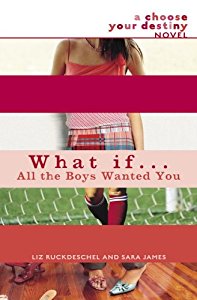 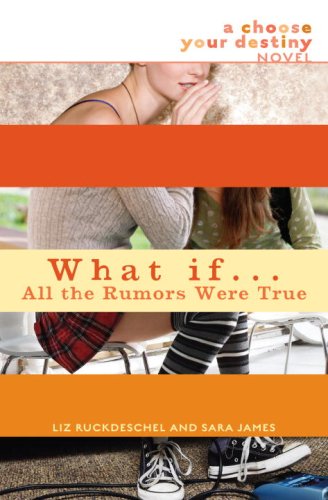 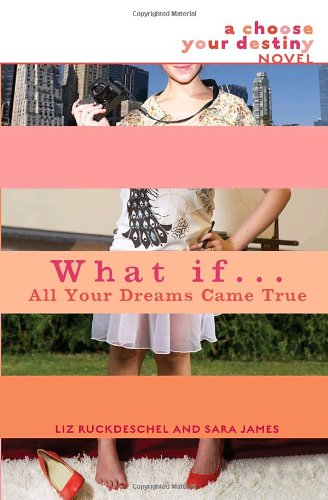 Thank you guys for stopping by our little part of wonderland. Soory this is not like my usual Top Three. I am really not feeling well today and i really wanted to gwt this up for you. Dobt forget to feed the unicorna on your way out.