Hello, my wonderlandians. Hope you all having a good day. Today I have a book review for you.

First, we got to talk about this cover. When I posted that I was listening to this book and what I’m reading Wednesday I got a lot of reaction on the cover. Totally understandable because the cover is absolute perfection the colours really pop against each other. The cover itself is a really simple cover. I think this is honestly for the best. you’ve got the sand that our main character is laying on. The girl on the cover is supposed to be Ash. and the red just really really pops against the really minimal background of her just laying in the sand. You are drawn right to her. There is a little blue starfish kind of intertwined in her hair. It’s an awesome kind of contrasting colour. and it also in a way kind of dragged your eye to Everblue – Mer Tales Book One. I really don’t know what else I can say about this cover as a whole it’s just perfect. 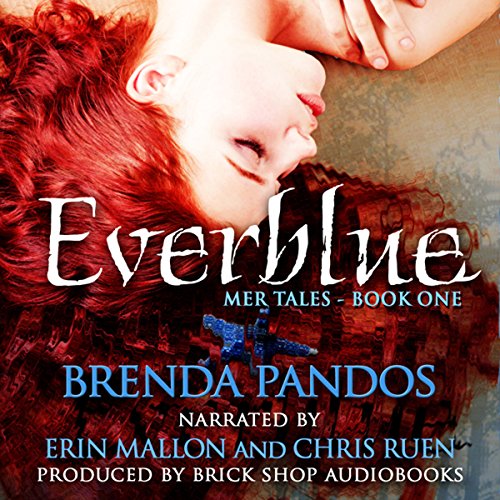 She wanted her life to change… He wanted his to stay the same.

Seventeen-year-old Ashlyn Lanski is tired of her boring, single life. Swimming and spending time with Tatiana, her best friend, are her only sanctuary. The girls plan to leave their drab lakeside town far behind for college, and Ash hopes to finally ditch her longtime crush for Finley, Tatiana’s twin brother. But when Tatiana and her family fail to return home after a family emergency, Ashlyn chooses to do something drastic to find them.

Finley Helton and his family are good at blending in as they run their sailing charter business in Lake Tahoe. But together, they guard an ancient secret. When a not-so-routine meeting forces Finley, Tatiana, and their mother to return to Natatoria and Fin’s father on a dangerous mission, Fin can’t stay caged up for long.

Secrets lurk beneath the deep blue waters of Lake Tahoe, and a simple lifesaving kiss could change their lives forever

What attracted me to this book

What I found frustrating about the book

Okay, so I may seem a little bit nitpicky and the things that frustrate me about this book. Let me Justified Myself by saying if one of my friends were to just up and leave without giving me any kind of notice I would blow up her phone really search for answers. Wow, lash does go in search of answers for where Tatiana and Finn when I feel like it takes place more towards the end of the middle part of the book. I understand that the author is introducing us to this world and their customs and all of this amazing stuff but thin did not sing to her erase her memories. That’s a little bit of a spoiler but not a big one. It just seemed super odd to me that when Finn is down in that a Toria he remembers Ash and thinks of her but he’s super drawn to Lily and I think that might be just because she’s a mermaid and mermaids have like seductive powers. On the other hand, knows for a fact that she has had a huge crush on thin and I get that she’s angry with him so she’s trying to sort of move on with Callahan. I mean the things that frustrate me or things that I genuinely enjoy about the create a more interesting read for the reader. I just want them to be together always.

This is my brief review of Everblue by Brenda Pandos. I hope you guys enjoyed and don’t forget to feed the unicorns on your way out they are giving rides to everybody who gives them treats. So if you’ve ever wanted to ride on a unicorn’s back this is your chance.